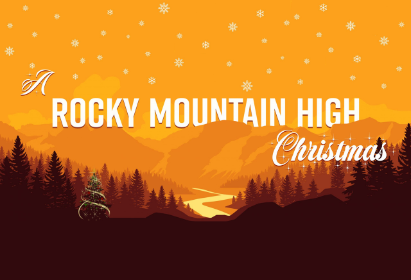 Concert series celebrating the music of John Denver to kick off the holiday season. With Mr. Lee Holdridge conducting his original scores, and vocalists staying true to John Denverâs style, the night is magic!

After a two-year hiatus due to the COVID pandemic, A Rocky Mountain High Christmas is excited to announce its return to Kelowna. John Denverâs internationally acclaimed composer/conductor/arranger Lee Holdridge will once again conduct special guests The Okanagan Symphony Orchestra in a wonderful return and kick off to the 2022 holiday season.

To John Denver fans Lee Holdridge is best known for his arrangements for John Denverâs songs, including Annieâs song, Country Roads, Calypso and Perhaps Love to name a few.

One of Hollywoodâs most honoured composers, Holdridge has lent his talents to countless feature films, television movies, mini-series, series and specials. He has been nominated 18 times for an Emmy Award, winning seven. He has also won an ASCAP Film and Television Music Award, received three Cable Ace Award Nominations, and Grammy Awards.