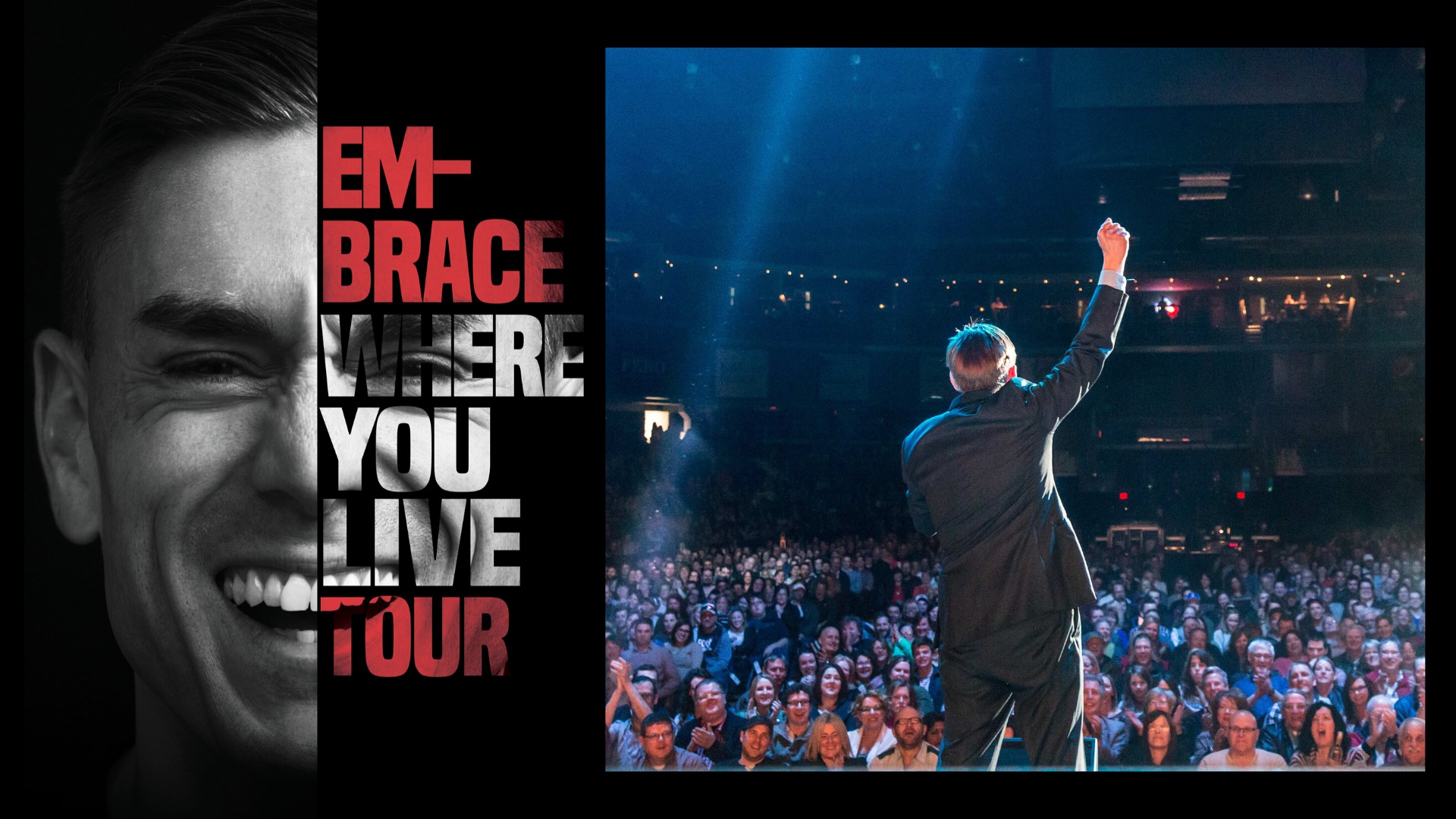 James is one of the Canada's biggest cheerleaders. He loves it here and spends his time promoting it across the world and raising money for charities and non-profits.

James has raised more than $100,000 for Canadian charities. He has also become one of Canada's top comics, being nominated for both a Just For Laughs comedy award and a Canadian Comedy Award for Best Live Show.
On April 28, 2016, James sold out Harbour Station Arena in Saint John, outselling Jerry Seinfeld, Iron Maiden, Def Leppard and Jeff Dunham! The stand up special of the show itself was picked up by Hulu and Amazon Prime so his tales of life in Atlantic Canada are now being enjoyed by people in Germany, Japan and America.
In April 2018 he sold out Harbour Station a second time, this time beating his own record which made headlines across the pond.
James tours extensively to packed houses across Canada and England. A big budget movie had been made about his early years in stand up (starring actors from Twilight, Downton Abbey and Notting Hill and comedians such as Jimmy Carr, Gilbert Gottfried, Mike Ward and Pete Zedlacher). It was described by NME as the "funniest film of the year," "unmissable" by GQ Magazine and "essential viewing. A funny, realistic look at what it takes to become a stand up comedian," by the Montreal Times. Watch the trailer here.