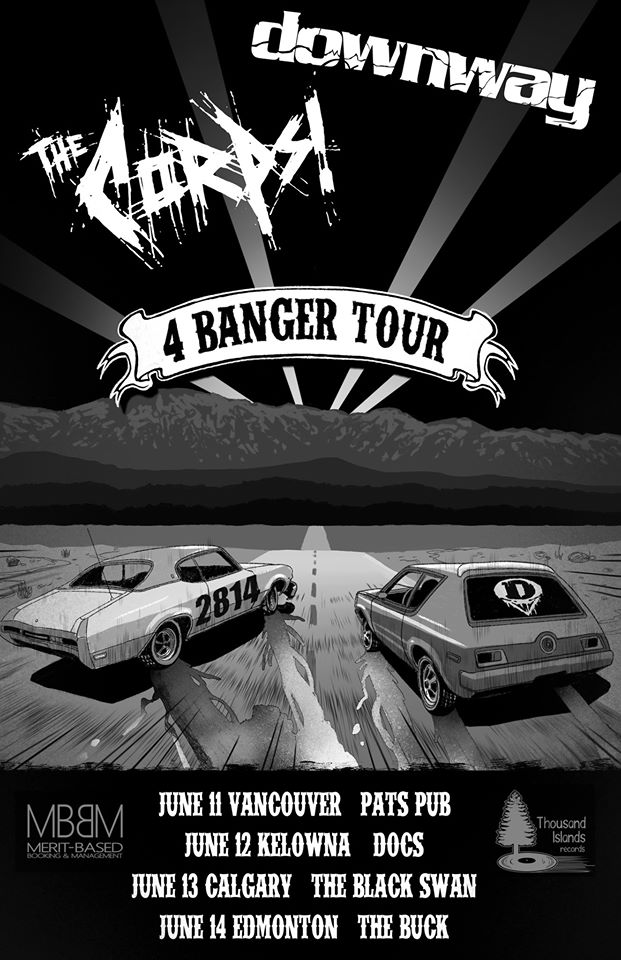 Years ago it was written, in an ancient scroll, that a threat would dawn upon sector 2814, a threat so large, it would require four carefully selected humans to bear the unheard of Grey rings just for a chance at this sectors survival.

This threat has arrived, and these four humans have been selected. So it begins.
Downway formed in late 1994/early 1995 with Dave Pederson, Ryan Eagleson,Isaac Creasey and Dave Holmes. They were quickly signed to a record deal and released their first album 'downway is..."in 1995. After relentless touring across North America and sharing the stage with such notables as Lagwagon,Face to Face,Goldfinger and Strung out,Downway released thier first music video for "jack that tastes like rye'. the video was well received and played on Much Music on a regular basis. After receiving funding from Much Music for more videos, 'dyin' and 'one of us' were released on Much Music and MTV as well.